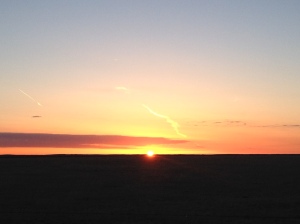 The warm sun put us both to sleep, my head tucked in against Felago’s front leg. He had this way of shielding me from the nightmares that often came with sleep. I never rested as easy when I was not near him. Stretching, I knew we had to get back. The sun was so low to the horizon that we’d barley beat the dusk.

I imagined our shadow against the last rays of the sun would have brought some eyes skyward, but our lake location was safe enough. There was no possible way to tell exactly where we’d come from or, so I thought. It’d been almost six months since that first ride. It wasn’t something I’d planned, but Bob and Marcia, my neighbors, had seen me walking and offered Felago to take me to the town about twenty miles from where we lived. They knew I went every week and that I always walked to the transport station six miles down the road.

I was nervous but agreed to try it. Bob showed me how to get on and that I only needed to tell the dragon where I wanted to go and he’d to the rest. There were a million questions in my mind. How would he know where to land? Would he wait for me? What would he do while I took care of my business? What if I fell off?

And then I heard that low hum and the rumble of his voice in my mind. Startled, I jumped. “Hey, don’t be so nervous,” Bob said, “You’ll be just fine.”

I stared at him. Hadn’t he heard that? Shaking my head, I smiled and let him help me up. “Um, thanks Bob. I’ll bring him back, and not late.” That sounded lame. That low rumble in my head sounded like a laugh.

“Felago will take good care of you,” Marcia said, “and we’ll see you tonight.”

With that Felago took off and a little screech came out of my throat as I grabbed for the strap around the dragon’s neck.

I am a writer, runner, teacher, singer, guitar player, mom, lover, coffee drinker, hunter, antique tractor driver, horsewoman, sister, and lover of the outdoors. Did I mention that I love lighthouses?
View all posts by Sally Gerard →
This entry was posted in Uncategorized. Bookmark the permalink.